Trish Berrong has been instrumental in establishing Kansas City’s improv community: along with introducing long-form improv to players and audiences in the ’90s, she’s trained hundreds of high school performers, taught improv to newbies, professionals and suits, and blogged relentlessly. She started performing with Kansas City ComedySportz (now ComedyCity) in 1990, and co-founded the Lighten Up Improv Company, which begat the Kansas City Improv Festival. Her strongest influences have been Del Close, Mick Napier, Susan Messing, Joe Bill, Mark Sutton, Dan Izzo, and Jill Bernard. She performs with the Underground Throwdown record-holding Ham Kitty (also Pitch’s 2017 Best Improv Troupe), teaches and plays with festival-favorite Jill Bernard as Brownies Don’t Lie, and is on the board of directors for Seriously Playful, KC’s high school improv league. She keeps her two cats and puppy in expensive toys by working for Hallmark Cards as a content strategist. 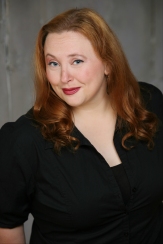 Lauren Anderson is best known for her work at the Brave New Workshop.  She has appeared in Brett Favre’s Christmas Spectacular II: The Second Coming *Spilling Me Softly; or Once the Gulf Goes Black it Never Goes Back *Toyota! The Runaway Musical Hit! * How to Make Love Like a Minnesotan III: The Full Montevideo * Brett Favre’s Christmas Spectacular: The Immaculate Interception * The Brave New Workshop Saves the Planet; or Yes We Can, But Do We Have To? * How to Make Love Like a Minnesotan II: Love is in Bloomington * How to Make Love Like a Minnesotan: Sleepless in Shakopee * All I want for Christmas is 700 Billion Dollars: Our 50th Noel * The Lion, the Witch, and the War Hero; or Is McCain Able? * The Brave New Workshop at 50: Old Enough to Know Better * Stuck in the Manger With You; or Carol On, My Wayward Son * YouCube: This Company Loves Misery * And many others!  She is also a member of the improv groups Five Man Job and a cast member of Show X at HUGE Theater. 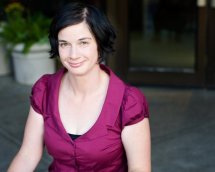 Jill Bernard has been performing with ComedySportz-Twin Cities since 1993, and is a founding member of HUGE Theater in Uptown Minneapolis. Her one-woman improv piece, Drum Machine, has been featured in over forty improv festivals. She has taught and performed improv in Norway, Australia, Canada, Argentina, Peru, Italy, Germany and over thirty-five of the United States; and also on an episode of MTV “Made.” She is one-half of the duo SCRAM with Joe Bill of the Annoyance Theater. An Artistic Associate of the Chicago Improv Festival, she has studied at the Annoyance Theater, Improv Olympic, the Brave New Workshop and other organizations; and is the recipient of the 2005 Chicago Improv Festival Avery Schreiber Ambassador of Improv Award, and the 2007 Miami Improv Festival award for Best Solo Show. 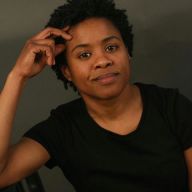 Alexis Camille began her theater and improv studies in Oakland, CA. Currently, she is a pre-school literacy educator and improv actress in Minneapolis; focusing on diversity and representation within those communities. She works with HUGE Improv Theater as a teaching assistant, host, and improviser. Alexis is a cast member Blackout Improv and the sketch comedy group, The Assembly. She remains impassioned with highlighting voices of underrepresented communities of color.

Rebel Grrls – “Group Scenes: What do you bring to the potluck when everyone’s a side dish”

Rebel Grrls is a Minneapolis-based improv trio consisting of Liv Augusta, Liz Council, and Katie Novak. Cumulatively, the three have been teaching and performing improv for longer than Liz has been alive. They love talking about Harry Potter, reading the book Goodnight Stories for Rebel Girls to strangers, drinking coffee, and taking road trips to Des Moines. Their offstage friendship is apparent in their ability to share the stage, seamlessly shifting focus from one character to the next, and a tendency to transform character conflicts into empowering displays of female friendship.